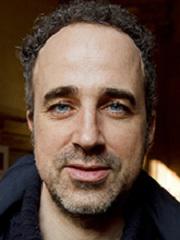 Matteo Bertelé is Marie Sk?odowska-Curie Global Fellow at the University of California Santa Barbara, Universität Hamburg and Ca’ Foscari University of Venice with the project “GYSIART – A cultural history of compared art practices and receptions in Cold War Europe (1945-1991)”.

His research projects and interests deal with Russian émigré artists, Soviet and socialist visual culture, exhibition studies and the cultural dimension of the Cold War.